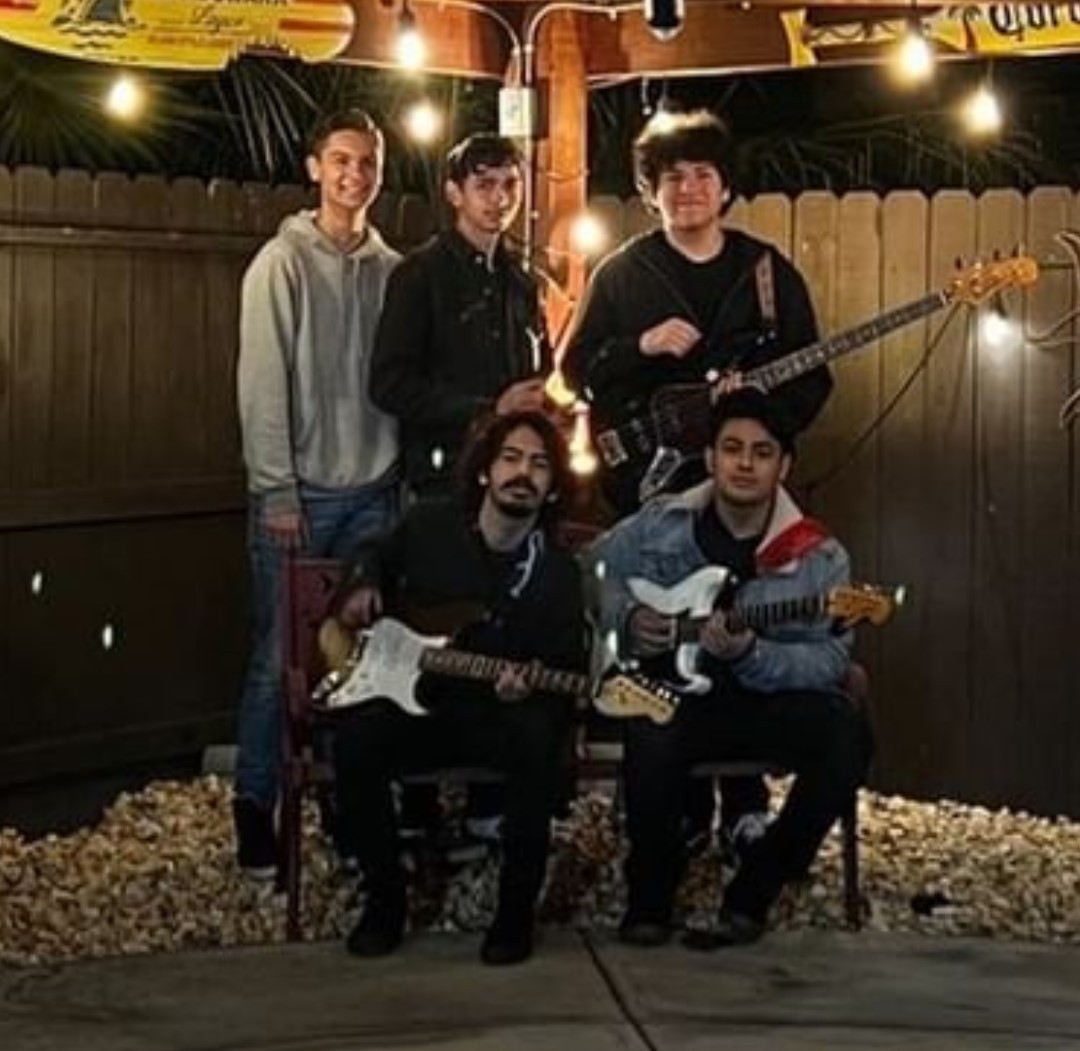 Lobo Gold will kick off with multiple musical performances, including “RTK" – or Roadtrip to Knowhere – a friend group turned band at Sierra High School.

Francisco Intriago is the bassist, Saul Berber the guitarist, Diego Sanchez is lead vocalist, and Emmanuel Vercher is the drummer. These dynamic four make up the alternative/rock band known as RTK.

Sometimes, the greatest things happen on accident. From the way RTK was formed to the birth of their name, RTK was an epiphany. A normal hang out led to RTK.

“Well, I think one time we were just hanging out, Francisco and I were talking about how we used to be in a band,” Saul Berber said. “Then they (Sanchez and Vercher) told us they played instruments. We played together and everything just clicked, and that’s how we became a band.”

Added Vercher: “So, it was a voting process. We were ‘Aprils Hearts’ for a bit until one day we were rehearsing. Diego starts brainstorming ideas and came up with ‘Roadtrip to Knowhere’ and we all liked it, so it stuck.”

RTK spends a lot of time together, whether it’s at school, rehearsing, or Target runs. What is their favorite memory?

“We were at my house, Francisco grabbed Saul’s guitar and started shredding like we didn’t know what just happened,” Sanchez said “It was only like 20 seconds, but Francisco created this godlike bassline. It was amazing and Saul was afraid he was going to get replaced.”

Being in a band with your friends sounds fun but there’s still work, adversities, and disagreements. It’s what makes or breaks bands and could easily cause a friend group to become stronger or fall apart.

“Communication is something we need to work on for our band. Communication is important is anything you do but especially for a band,” Intriago said “Also, we all have different music taste, so when we try to cover or create a song there becomes disagreements because very few songs fit all our music taste.”

One of the biggest struggles a lot of bands face is finding their “it” factor. While RTK is still developing their style, what makes them different?

“We don’t agree with music theory. We just do what we want and play whatever we want. Nothing feels forced and we have fun while doing it. It's like going with the flow and that works for us,” Berber said.

As many acts start out, there’s always the question whether they will last or just be a part of history. RTK feels like their band will stick together after high school and they have goals for the future. Lobo Gold might just be their push to go even further with music and gigs. RTK will perform at the Lobo Gold ceremony on Friday, April 8. The ceremony honors the school’s brightest minds and highest achievers, and is attended by the entire campus community, as well as Manteca Unified District dignitaries.

“For our future, we really just want to perform more, whether it be at parties or different events,” Intriago said. “We want to make more music that speaks to the heart.”

Through Our Lens: Members of Roadtrip to Knowhere include: Francisco Intriago is the bassist, Saul Berber the guitarist, Diego Sanchez is lead vocalist, and Emmanuel Vercher is the drummer. RTK will perform at the Lobo Gold ceremony on Friday, April 8.(Photo contributed)

Through Our Lens: Singing with One Voice