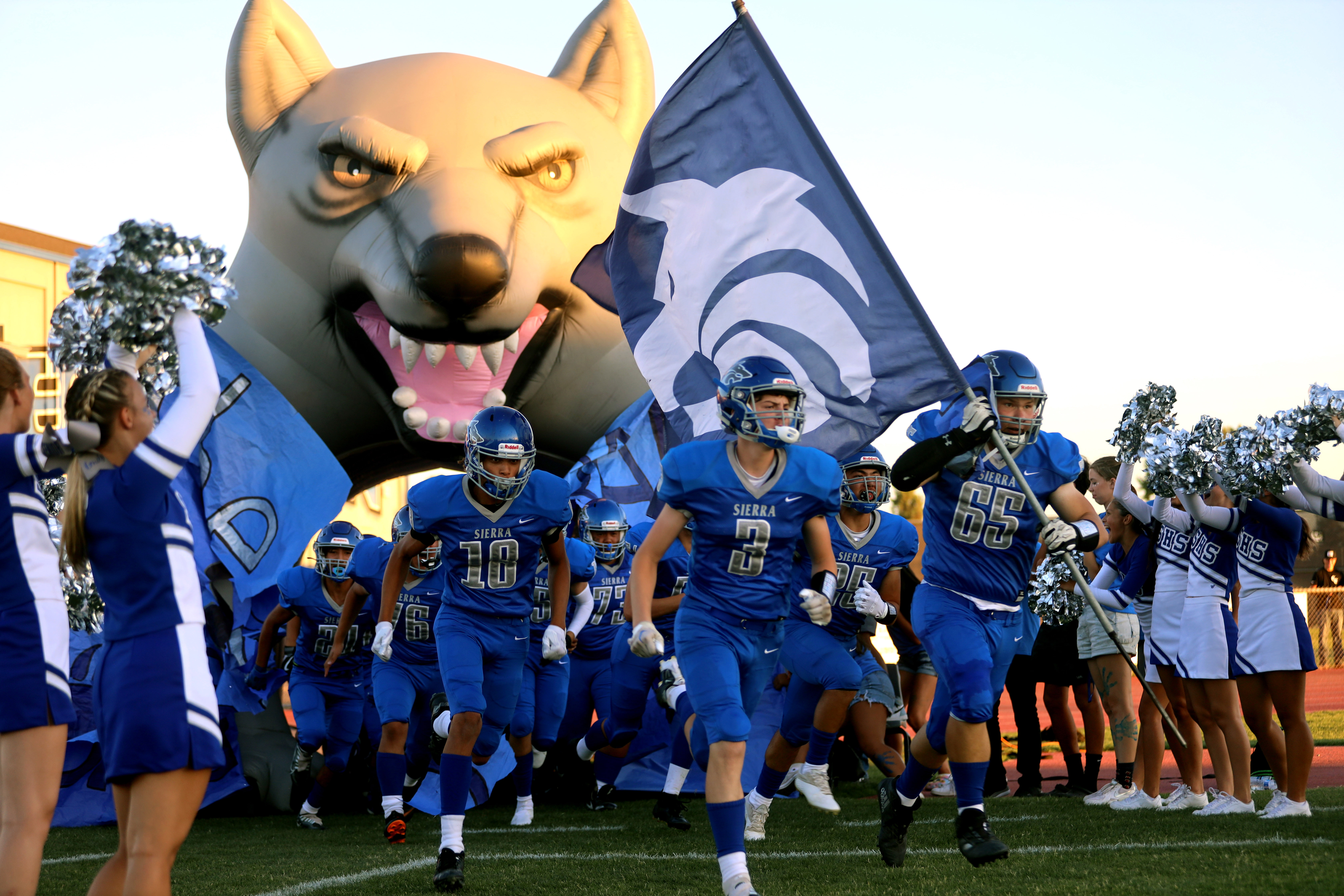 by Lauren James and Xavier Palacios

After a disappointing football season last year, new head coach Jeff Harbison and his Sierra Timberwolves are excited to start fresh in this upcoming 2022 season. After a hardworking summer, followed by 3 scrimmages in early August, Sierra was prepared to take on Hughson High, Friday August 17th at Daniel Techiera Memorial Stadium. Making it their first home game of the season. The student body and faculty are more than excited for Friday Night’s Lights to be back on after these past couple of seasons were disrupted with COVID-19 and the restrictions that came with it. Expectations are high not only from the fans but the entire program. After speaking to some of the players, it seems the whole team has the same expectations in mind.

“Get better as the weeks go on and keep working hard and win as many games as possible” said number twenty-five Max Morales, sierras linebacker and running back.

In Sierra’s home opener, Hughson got off to a hot start stopping sierra on their first drive and scoring. The first quarter was kept close with a score of 18-7. The start of the second quarter Hughson put their foot on the gas and never looked back. Going into the half the score was 34-8. Coming right back from the half Hughson picked up were they left off and ran away with the game finishing with a final score of 55-15. Joey mendez lead sierra in receiving  with 43 yards on the game and Anthony Grady rushed for 66 yards.

Although   expectations were high, Sierra unfortunately lost. The environment was still through the roof with excitement & chants from the entire wolfpack. Even with a score of 55-15 and Hughson ending with the win, it was almost like sierra had won. With the environment, the people, and the band there really isn’t much more one could ask for on a Friday night in The Den . Sierra will host Stagg in their next matchup and are looking to recover from last week’s lost.

“ One loss isn’t going to define the rest of our season” said wide receiver Joey Mendez. The Timberwolves are looking forward to the contest against Stage as well as seeing the stands and Wolfpack full again.  Varsity kicks off at 7pm.