Lobo Gold a celebration of excellence; Sierra's brightest minds will be recognized 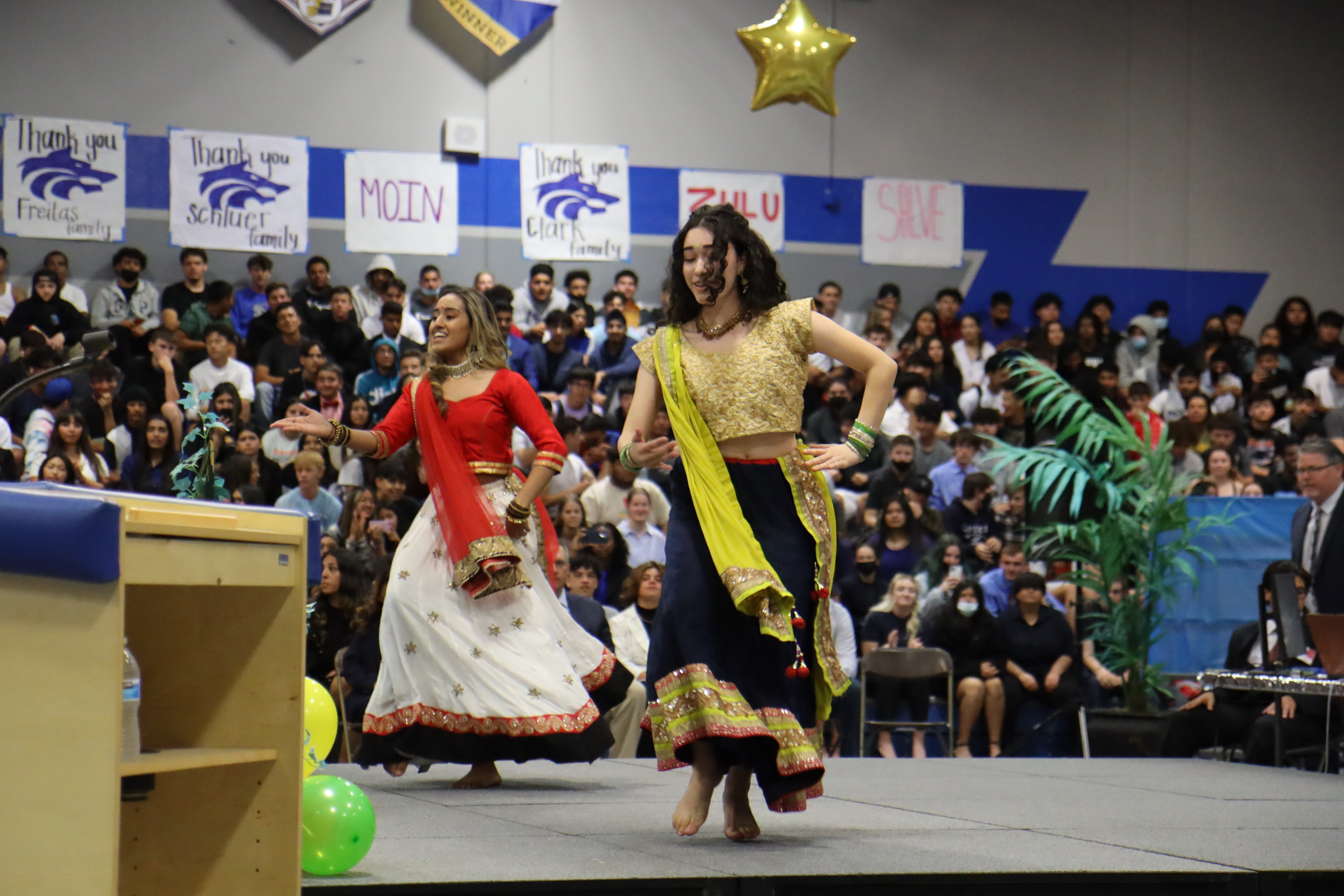 Sierra High has historically been a high-achieving and reporting school, with large numbers of students earning 4.0 GPAs and even more landing on the honor roll. To celebrate these students, the school holds ceremonies twice a year, the last of which is slated for Friday, April 8.

At these ceremonies, students who have made honor roll are awarded the status of Lobo Gold, Silver or Blue. Of the three available levels, Lobo Gold is the highest status one can earn.

The ceremonies have been going on since the early days of Sierra, around the 1996-97 school year. From the beginning, the parents and staff of Sierra have wanted to celebrate the students and their accomplishments. They wanted to recognize the work and dedication that goes into maintaining high grades and a hard work ethic; to acknowledge how the students can improve and attempt to better themselves.

The Lobo levels start at Blue, then onto Silver, and then Gold. Each level has a different GPA needed to achieve them. For some students, even achieving the Silver or Blue is an astounding accomplishment.

“The intrinsic part of Lobo Gold, like how it feels to get an A on a test because you studied hard… Giving somebody a gift card is great; It feels good, yeah, but that intrinsic motivation is really the most powerful thing,” Sierra High Principal Steve Clark said.

A majority of the students who have achieved Gold status typically preserve that standing each term. Those students are a part of some of the hardest classes Sierra offers, including the AP courses from each subject. Weighted or un-weighted, their GPA remains high. They expect Gold and they strive for it consistently.

“Lobo Gold is something reassuring that lets me and my family know how I’m doing. I think Sierra acknowledging how hard we work through the ceremonies really gives kids the drive to do even better next time,” Sierra High Lobo Gold student Kendall Sellers said.

About 200 students out of the 1600 that attend Sierra are on the Gold status list. Along with acknowledging the hundreds of students on honor roll, the school will release big announcements such as the valedictorian and salutatorian, and the recipients of this year’s academic block and letters.

To prepare the ceremonies takes months in advance, and countless efforts from multiple sources. From sponsors to staff, all the way to Sierra’s very own Leadership, Peer Resource, and Journalism classes. Every student and speaker must be accounted for, and the entertainment must be planned and well-rehearsed. This year, Sierra is expecting performances from student bands, and several dance routines from different clubs. The Lobo Gold Committee tries to include all student views and suggestions for new and better ways to improve the ceremonies.

“Even at our committee (meetings), we ask for the input of the Leadership kids who attend the meetings. ... We have the students there to kind of guide us on how they think the student body is going to receive it,” Sierra High ELD/English teacher Marlene Martin said.