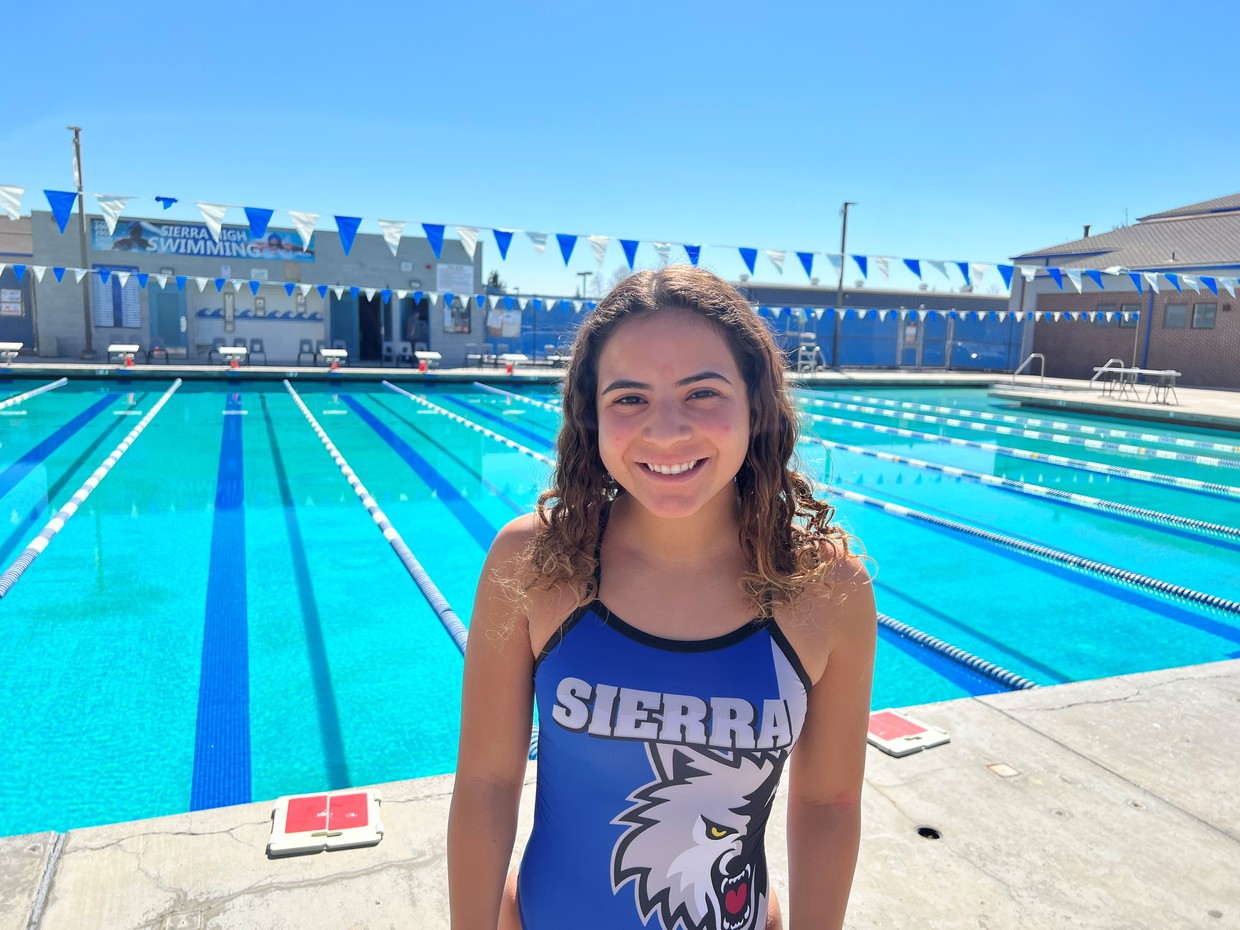 This year, Sierra High’s swim team has been given high hopes by Taylor Miske, a two-sport athlete. Regarded as one of the top swimmers at the school, Miske is a junior at Sierra with a possible swimming career ahead of her.

After nearly a decade committed to the sport, Miske has experienced it all. She started swimming with a recreational team, the Manteca Dolphins, at 7 years old. In later years, she joined Ripon Aquatics and switched to swimming year-round before ultimately coming to Sierra and engaging in high school swim and water polo.

Anyone who has devoted their time to a sport since they were young will know of the ups and downs, the good feelings and the bad ones. Miske reported feelings of anxiety and burnout in and outside of competitions. She stated that an incident with a false start at a previous meet left her anxious and that it was hard for her to continue with her coming races. Her coaches consoled her, and she ended up placing second in the next event.

Her advice for dealing with stress or worry: “Honestly, it’s talking to your teammates, because they most likely feel the same way. Just knowing that they feel the same and they’re still going on really helps you.”

Despite the negative feelings that can occur, Miske views swimming as a fun hobby, claiming that she’d been doing it for so long, it wouldn’t feel right not doing it. The only times she’s ever regretted becoming an athlete was for having to wake up early for morning practices.

“Being a swimmer, you regret coming to swim the entire day, and then as soon as practice is over, it’s the best part of the day,” she said. “It’s just anxiety until you step into the water.”

Being in the pool — under the water — with your thoughts completely to yourself, is as tranquil as it can be. At practice, if not listening to your coach’s instructions or catching your breath at the wall, you’re underwater and focusing on what you’re doing. You’re looking at the floor underneath you, the lane lines next to you, the break in the water each time you take a breath. Your body is weightless and floating, cutting through the water with ease. Even if you don’t swim for sport, simply being in the water can be relaxing.

Taylor considers the dedication her teammates have to the sport as the most important thing in a good swimmer. Claiming that even the fastest of swimmers can be beat by the most dedicated ones.

Dakota Rodrigues is a junior at Sierra High School, studying Communication By Design. Rodrigues wants to go to culinary school and become a baker. For now, she bakes mainly for fun and to share treats with friends. She enjoys writing, drawing, hanging out with friends, and dancing.