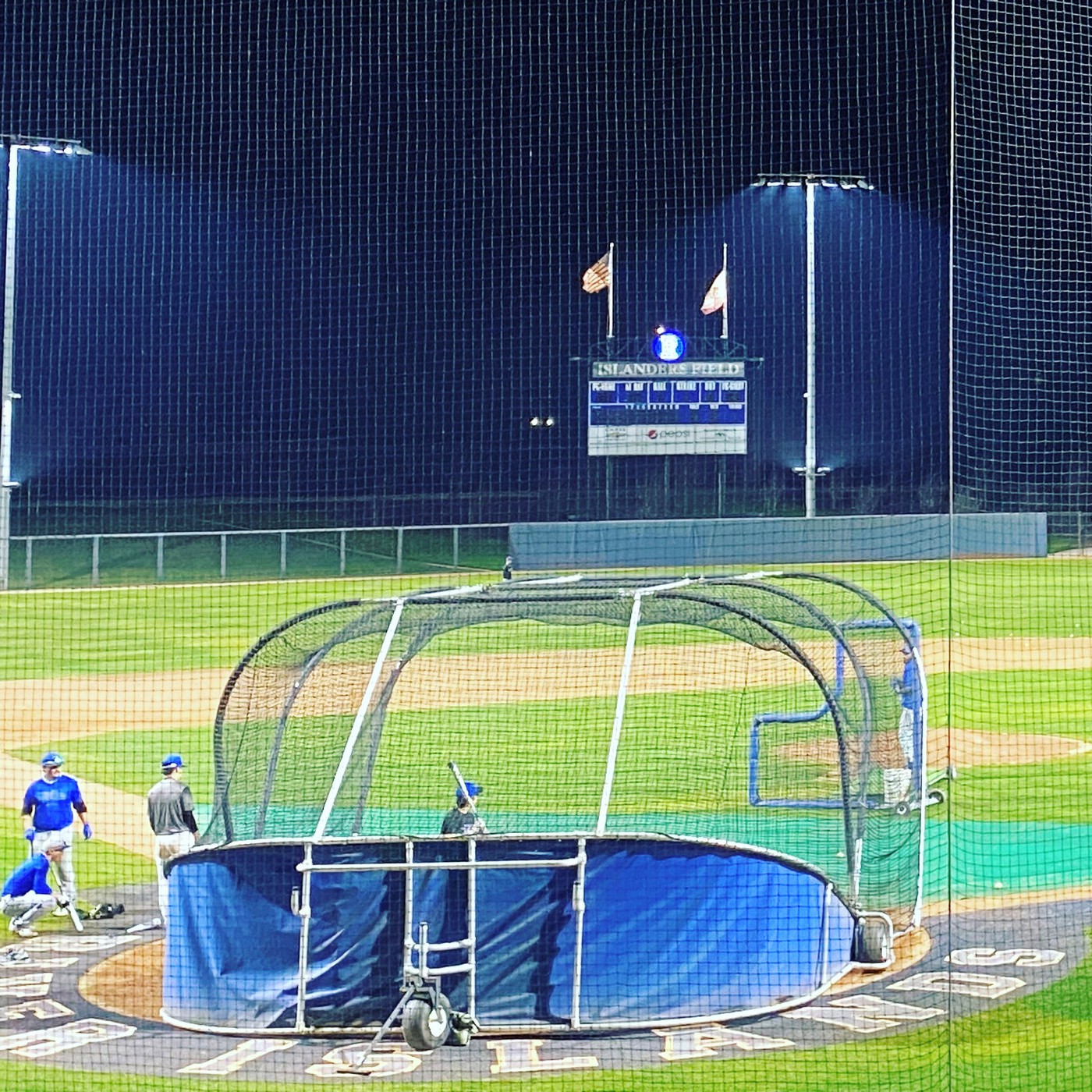 The lights above the diamond at The Islander in River Islands glisten over the grass, over the dirt, and on the dugouts below. That light represents a glow of hope in the hearts of those practicing on the field.

The Sierra High varsity baseball team has much in store this upcoming season, including a series of practices and games at The Islander, also the site of the Timberwolves' season debut, a 6-3 victory over Livingston on Feb. 25.

Taking the lead as head coach in 2019, Travis Thomson not only led the program to a Valley Oak League title in 2019, but he's also brought the program through two seasons complicated by the COVID-19 pandemic. Thomson hopes that with a full preseason and regular-season schedule, Sierra has the potential to add another VOL championship.

The road to a title is a long one, though.

“It’s going to take all of our players coming together, all of them accepting that together we are going to work on the same goal,” Thomson said.

Teamwork is just one of the many aspects Thomson is focused on for the 2021-22 season. With two years of experience coaching the junior varsity at Sierra and four years of being a varsity assistant alongside his hall-of-fame father, Jack Thomson, Travis Thomson knows what he’s doing – and he does it well.

Thomson believes that a high school baseball team thrives with a strong defense. A showy offense does not get a team anywhere if the defense is lacking. Fielding and fundamentals are two main focuses for the Timberwolves this spring.

“Being able to be fundamentally sound gives you a base, it gives you a starting point to being a good team. … Fielding, easy plays, catching easy outs, you give yourself a chance to be good,” Thomson detailed.

With a roster full of talent, Thomson believes Sierra (2-0) can continue to make strides toward its goals with hard work. The catalysts for this season are Zac Cook, Santi Duarte, Tyler Looney, Angel Valdez, and Spencer Kim. Each has grown stronger in the offseason with many participating in fall and summer ball programs.

Two of these players are expected to be on the mound this spring: Looney, a junior equipped with his fastballs, breaking balls, changeups, and knuckle balls; and Duarte, a senior who made pitching a “goal” during the offseason.

Also garnering special attention is Valdez, a starter a year ago as a freshman. Valdez led the team in RBIs and was second in hits. Thomson believes Valdez’s sophomore season will see him become more consistent. He has come back “bigger, stronger, faster,” Thomson added.

Cook is a senior right fielder whose strength is on the defensive side of the ball. Kim, a senior catcher, is expected to bolster the Timberwolves at and behind the dish. Thomson believes Kim could have a breakout season.

Lauren Davis is a sophomore at Sierra High School. Lauren hopes to pursue a career surrounding journalism. She loves reading in her free time, traveling, and listening to her all-time favorite artist, Taylor Swift. During baseball season, she avidly follows the San Francisco Giants. Family and friends are two of the biggest focuses in her life.